There’s a subset of audiophiles who insist that vacuum tube–based amplifiers produce the best sound and always will. So when some in the audio community claimed that a solid-state class-D amp concocted by a Silicon Valley company called Tripath Technology delivered sound as warm and vibrant as tube amps, it was a big deal. Tripath’s trick was to use a 50-megahertz sampling system to drive the amplifier. The company boasted that its TA2020 performed better and cost much less than any comparable solid-state amp. To show off the chip at trade shows, “we’d play that song—that very romantic one from Titanic ,” says Adya Tripathi, Tripath’s founder. Like most class-D amps, the 2020 was very power efficient; it didn’t require a heat sink and could use a compact package. Tripath’s low-end, 15-watt version of the TA2020 sold for US $3 and was used in boom boxes and ministereos. Other versions—the most powerful had a 1000-W output—were used in home theaters, high-end audio systems, and TV sets by Sony, Sharp, Toshiba, and others. Eventually, the big semiconductor companies caught up, creating similar chips and sending Tripath into oblivion. Its chips, however, developed a devoted cult following. Audio-amp kits and products based on the TA2020 are still available from such companies as 41 Hz Audio, Sure Electronics, and Winsome Labs.
Toppen

"Only boring People are brilliant during breakfest"
Toppen 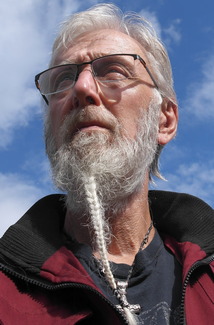