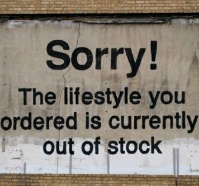 
Honda Transalp is the XL400V, XL600V, XL650V, and XL700V series of dual-sport motorcycles manufactured in Japan by Honda since 1987. The Transalp bikes series feature a liquid-cooled, four-stroke 52° V-twin engine.

The first prototype was built in 1985 as an off-road motorbike with a 500 cc (31 cu in) engine. Further development introduced an increase to 600 cc (37 cu in) and more road-oriented features, notably an improved fairing.

The most usual models are:

The appearance was altered in 1994: the original square lights were changed, and a new fairing was introduced.

In 1996, new 34 mm carburetors were introduced, and the CDI ignition system was replaced by a microprocessor-driven design.

In 2000, the XL650V Transalp replaced the XL600V, introducing the engine from the Deauville and Honda Revere. The power output increased to 39 kW (52 hp) at 7,500 rpm, torque increased to 54 N⋅m (40 lbf⋅ft) at 5,500 rpm. A 4 mm bore diameter increase gave a 64 cc displacement increase. The shock absorbers were redesigned for road use, the exhaust system was updated, the fuel capacity increased by one litre, the control panel was redesigned, and weight diminished by 4 kg (8.8 lb).

In 2007, the XL700V Transalp was introduced, with a new 680 cc engine, which was also fitted to the NT700V Deauville, and compatible with Euro 3 emission standards. The front wheel diameter was reduced from 21 inches to 19 inches, the exhaust system was fitted with a catalytic converter, the lights were redesigned, and ABS was introduced.

The 2008 model reinforces the road orientation of the Transalp, with larger tyres, lower saddle and more road-oriented shock absorbers. The 2008 XL700V engine is a liquid-cooled, eight-valve, four-stroke, single-overhead cam, 52° V-twin.